MEXICO CITY, May 6 2013 (IPS) - Radio Totopo was founded in February 2006 in the Pescadores neighbourhood, the oldest and poorest part of the city of Juchitán in the southern Mexican state of Oaxaca. But the authorities closed it down in late March, even though Congress is debating a constitutional reform that would recognise community radio stations.

Residents of Pescadores say the radio station belongs to all the people. Totopo, like most community radio stations in Mexico, has no official licence, and 90 percent of its programming is transmitted in Diidxazá, the language of the Zapotec indigenous people.

In recent years, Radio Totopo has supported campesinos (peasants) and fisherfolk of the local Zapotec people, who call themselves Binnizá, in resisting a wind park that the Spanish company Gas Natural Fenosa is planning to install on communal lands on the Isthmus of Tehuantepec. 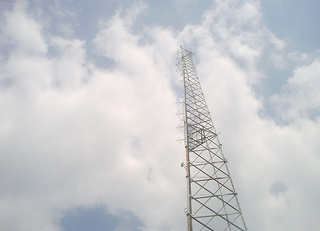 The indigenous Assembly of Peoples of the Isthmus in Defence of Land and Territory denounced that deception was used in the presentation of the project to the campesinos, some of whom, unable to speak Spanish and not provided with a translation, signed contracts to rent out their plots at a complete disadvantage, violating the right of native peoples to information and prior consultation.

For six months, Radio Totopo translated contracts into the Zapotec language, broadcast them and ran campaigns on the project – until Mar. 26, when state police dismantled the radio station, removed power and audio cables and took away the transmitter and a computer as part of an eviction action in the disputed area.

One of the radio station coordinators, Carlos Sánchez, sustained a broken arm during the operation and he is now in hiding to avoid detention. Mariano López Gómez, the leader of the movement opposing the wind parks, was held for several days, accused of extorting government officials.

This happened while Congress debates a complex constitutional reform on telecommunications, promised by President Enrique Peña Nieto as part of the multi-party Pact for Mexico, a response to longstanding demands from civil society groups fighting for the right to information.

“This initiative reflects many demands that society as a whole has made for three decades, especially to change the current model of concentration of broadcasting and telecommunications ownership, and its contents are largely a product of expert studies and social mobilisation,” said the Mexican Association for the Right to Information (AMEDI) after its presentation to parliament on Mar. 11.

Among other issues, AMEDI highlighted the need for constitutional recognition of community radio stations, which under the reform would be entitled to concessions for social purposes, and the state’s obligation to guarantee the right to freedom of expression for all existing broadcasters.

“Constitutional recognition is very important, it is not a minor point,” lawyer Gisela Martínez, of the Mexican chapter of the World Association of Community Radio Broadcasters (AMARC), told IPS. “If (community radio broadcasters) are not named (in the constitution) it is as if they did not exist; that is why we are fighting for recognition under the law, because they say we are illegal.”

Martínez said the telecommunications bill was only the first step in the ongoing construction of people’s effective right to have their own broadcasting media.

On Apr. 30 the senate passed the telecommunications reform bill, designed to boost competition. It has now gone to the 32 state parliaments. Since it is a constitutional amendment, it will have to be approved by a majority of 17 of the states in order to become law.

If this majority approval is not achieved, an extraordinary congressional period will be required, or the bill will be on hold until September, when regular parliamentary sessions are due to resume.

In any case, “the mother of all battles will be over the secondary regulations,” said Martínez, as there has already been a negative precedent with indigenous community radio stations.

“In 2006, a constitutional amendment allowed indigenous communities to have their own radio stations, but seven years later there are still no secondary regulations permitting native people to exercise that right,” she said.

In AMARC’s view, if the law is finally approved, the next battle will be to ensure that the radio stations are not subject to power restrictions; can sell advertising; and are not confined to a specific geographical area; and that 33 percent of the radio spectrum is reserved for community and indigenous broadcasters.

Other major issues will include transparency in the permitting process, as well as the definition of effective mechanisms to guarantee the economic survival of the radio stations, without jeopardising their autonomy and independence.

Not everyone is optimistic. In Oaxaca and many other places in the country, community radio stations have played an essential role in the struggle for territories and culture and against large development projects.

“That law is useless to us,” Óscar Ledima Santiago, another of the coordinators of Radio Totopo, told IPS by telephone.

“That whole debate is a lie, because the radio stations are being subjected to repression for defending people’s rights, and by the time the secondary regulations are passed, there won’t be any land left to fight for,” he said.

Radio Totopo has already been off the air since Mar. 26, nearly six weeks, and the confiscated equipment is valued at over 5,000 dollars. Local people have mounted roadblocks and barricades around the area where the wind park is planned to be built.

And this is not an isolated case. Two journalists from Radio Voces de los Pueblos (Voices of the Peoples) were detained for several hours together with two reporters from the national newspaper La Jornada on Mar. 21.

A few days later Filiberto Vicente of Radio Xadani reported he had received death threats, and finally Radio Huave, a pioneer among community radio stations on the Isthmus, had its transmission equipment stolen.

Each of these cases involved radio stations that supported indigenous people’s resistance to the construction of energy or mining megaprojects.

“We demand a thorough investigation of these attacks, and punishment of the officials and company owners linked to the violation of our right to information,” the Assembly of Peoples of the Isthmus in Defence of Land and Territory said in a communiqué.