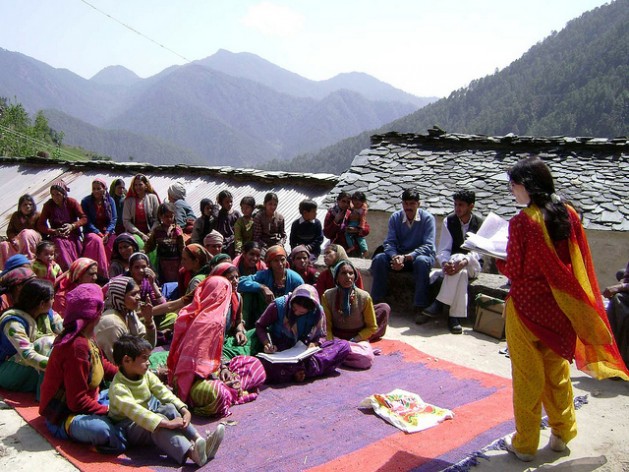 UNITED NATIONS, May 7 2014 (IPS) - As the U.N. focuses on refining its Post-2015 Development Agenda, divisions surrounding issues of population and development continue to plague consensus on a universal way forward.

“People have to be at the centre of development,” Dr. Babatunde Osotimehin, executive director of the U.N. Population Fund (UNFPA), told IPS. “I think we are beginning to see a greater commitment [of governments] to deliver on gender parity, girls rights, issues of gender-based violence and girls education.”

“I don’t think that many of these big problems are going to be resolved by exchanging documents and meeting at conferences. It’s going to be what we do on the ground." -- UN Women Executive Director Phumzile Mlambo-Ngcuka

Following the 2014 U.N. Commission on Population and Development (CPD), an annual gathering where member states, non-governmental organisations (NGOs) and other members of civil society discuss and define goals on population and development, serious divisions emerged regarding issues of sexual health, sexual education and gender.

“The balance of this resolution remains heavily skewed towards peculiar interests of certain developed countries, as evidenced by undue emphasis on selected rights over the real development priorities,” said Fr. Justin Wylie, attaché for the Permanent Observer Mission of the Holy See to the U.N., on Apr. 12, following the adoption of the CPD outcome resolution.

“I refer in particular to the heavy focus on sexual or reproductive mores,” he said.

The sentiment that particular issues had a negative effect on the conduct of the conference was also expressed by member states with views in support of U.N. priorities.

“We were disappointed that certain contentious issues remained the focus of the conference at the expense of discussing more productive topics to improve the health of global populations,” Nicolas Doire, spokesperson for the Canadian Department of Foreign Affairs, Trade and Development (DFAIT), told IPS.

While UNFPA may not agree with the views of everyone at the CPD, the agency does understand the political nature of such conferences and the need for inclusive, plural dialogue in adopting the platform on population and development.

“If we don’t bring people together in order to construct an action platform that brings all of the groups together, we are not likely to achieve the adoption,” he said.

For Dr. Osotimehin, a human rights-based agenda is essential because it was the foundation for the 1994 International Conference on Population and Development (ICPD) in Cairo. That being said, he also recognises that over the last 20 years, the world has changed.

“Today there are more non-state actors and some of the countries are more vocal than they were before, so we are dealing with a new set of constituencies,” he said. “But if you don’t address rights … you are not going to make the kind of progress we want to see and match the investments.” 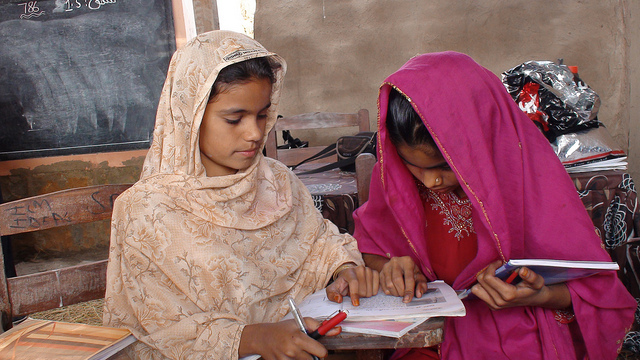 Many girls in rural areas of Pakistan say they dropped out of primary school either because there were no secondary schools in their villages, or because they were not within safe walking distance. Credit: Farooq Ahmed/IPS

The U.N. Programme of Action of the ICPD Beyond report, released on Feb. 12, outlined the progress made on issues of population and development since the 1994 Cairo Conference.

A primary finding of the report was that where girls have the power make choices in their lives, from reproductive rights to education, they can add significantly to the economic capacity and development of their country.

That is why UNFPA has identified inequality as the primary impediment to developmental goals and defined the adolescent girl as the “face of development.”

This is not to say that ground level cultural needs are not recognised. It is important to engage in dialogue with communities, he said, in order to understand what they need, not only what their needs are believed to be.

The U.N. has identified the imperative for direct action on population issues in addressing the associated developmental problems.

“I don’t think that many of these big problems are going to be resolved by exchanging documents and meeting at conferences. It’s going to be what we do on the ground,” Phumzile Mlambo-Ngcuka, U.N. under-secretary-general and the executive director of U.N. Women, told IPS. “Activism, activism, activism.”

With this is mind, international conferences do provide legitimacy from which actors can work.

“It does help activists on the ground when something has been agreed to [in the conferences], because there is something to hang onto. So you also want those victories. But I think that we must not fool ourselves and think that [with a piece of paper], the problems have been solved,” Mlambo-Ngcuka said.

Looking to the ICPD conference in September, the key work ahead will be to reduce divisions and promote implementation.

“The fact that we have a document and that everybody has signed it does not mean that the problem has gone away. Those that feel they have lost will not necessarily implement what is there because it has been agreed to,” Mlambo-Ngcuka told IPS.

Moving the agenda’s focus away from controversial issues to incorporate the range of connections population issues have on development is one strategy UNFPA and other members of the international community are looking at.

“We are focused on building consensus around initiatives that are proven to have the greatest impact,” said Doire.

The importance of a dynamic approaching to developmental challenges is central to the U.N. strategy as it works to build an agenda that includes contested subject matter.

“We need to bring all of the issues to bear when we talk about [population], so that it doesn’t get caught up in the old debates and questions,” Kathy Calvin, president and chief executive officer of the U.N. Foundation, told IPS. “It’s about your country’s economy [and] your country’s environment.”