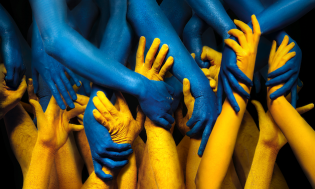 By Sania Farooqui
It has been a month since Russia’s invasion of Ukraine, which has now created one of the biggest refugee crises of modern times. More than 3.7 million people have left the country, in what has become the fastest exodus globally since World War II.

By Sania Farooqui
The Covid-19 pandemic affected countries and people globally, at the same time exacerbated vulnerabilities such as modern-day slavery. There are over 40.3 million people estimated to be in modern-day slavery, and certain population groups, sectors and geographies such as children, migrant workers, women and girls that were already vulnerable, became more vulnerable to recruitment and exploitation during the pandemic. The United Nations has called the pandemic more than a health crisis, “it is an economic crisis, a humanitarian crisis, and a human rights crisis.”

By Sania Farooqui
“Sexual harassment is not about sexual attraction, it is about power. If an individual uses power plays to subjugate other people, when we have such dynamics going on in the workplace, what we need is a system that fights back against it, which unfortunately a lot of workplaces, they allow it to persist,”, says Adrienne Lawrence, anchor and legal analyst in an interview given to me here.

By Sania Farooqui
Earlier in January, Indian journalist Nidhi Razdan found out she was a victim of one of the most sophisticated and elaborate cyber attacks. Razdan wrote in a piece that it was all an attempt to access her bank account details, personal data, emails, medical records, passport and access to all her devices, including computer and phone.

By Sania Farooqui
Ongoing online sexual harassment of Muslim women through ‘Sulli Deals’, an auctioning app hosted by GitHub, has been reported to the authorities – but not before it called untold trauma to the targeted women.
Next Page »
ADVERTISEMENT ADVERTISEMENT