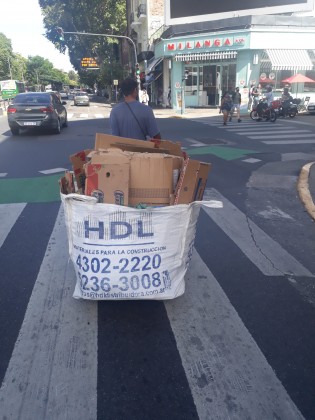 By Maaike Beenes
Would you trust an algorithm with your life? If that thought makes you uncomfortable, then you should be concerned about the artificial intelligence (AI) arms race that is secretly taking off, fueled by the arms industry.

By Harris Gleckman
Global governance is slipping away from the United Nations. Whether it is in managing the Internet, where the UN’s governing structure offers only an advisory role for governments; or climate change, where the most exciting actions are now corporate-led partnerships outside the UN Framework Convention on Climate Change; or the Gates Foundation-sponsored Gavi, The Vaccine Alliance, which is in a tug of war with the World Health Assembly on who sets health policy in developing countries, the institutional basis for global decision-making is changing.

By Frank Bainimarama
SUVA, Fiji, 27 June 2019 (IPS) -- Are the most climate-vulnerable nations of the world right to demand that developed and major economies commit to carbon neutrality by 2050? Should the poorest nations of the world insist that the “haves” put their significant economic and political resources behind aggressive efforts to combat climate change?

By Arul Louis
Mauritius has scored a victory over Britain at the International Court of Justice (ICJ) in a case involving the decolonisation of the strategically important island of Diego Garcia that is home to a United States military base.

By Thalif Deen
The underlying message at the fifth annual Stockholm Forum on Peace and Development was summed up in its telling title “The politics of peace.” But the task ahead was overwhelmingly difficult: How do you advance peace and development against the backdrop of political unrest in parts of Asia and Africa and continued conflicts in the Middle East— all of them amidst rising global military spending triggering arms sales running into billions of dollars.

By Jomo Kwame Sundaram
Following the 2007-2008 global financial crisis and the Great Recession in its wake, the ‘new normal’ in monetary policy has been abnormal. At the heart of the unconventional monetary policies adopted have been ‘asset purchase’ or ‘quantitative easing’ (QE) programmes. Ostensibly needed for economic revival, QE has redistributed wealth – regressively, in favour of the rich.

By Phillip Kaeding
Companies, governments and non-profit actors agree that economic growth and sustainable development have to go hand in hand to shape our increasingly globalised world in a fair way.
Next Page »

They underpin the world's financial architecture, with the power to revamp whole economies and channel billions of development dollars each year. But the so-called International Financial Institutions -- the World Bank Group, International Monetary Fund and regional investment banks -- face a new era of public scrutiny and challenges to their relevancy. How are the IFIs responding to growing demands from the South and civil society groups for greater democracy and accountability? And are they living up to their stated mission of promoting economic prosperity for all? IPS reports.