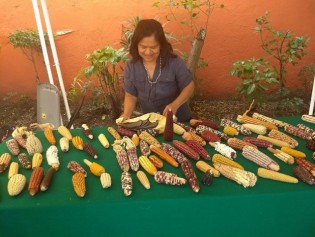 By Emilio Godoy
Agronomist Irene Salvador decided to learn the process of making corn tortillas in order to preserve and promote this traditional staple food in the Mexican diet, which has lost its presence and nutritional quality.

Should The World Emulate US Crop Insurance?

By Jomo Kwame Sundaram
With the increased frequency and severity of extreme weather events adversely affecting agricultural outputs and farmers’ incomes, commercial crop insurance has been touted as the solution for vulnerable farmers all over the world. Financial and farm interests have been promoting US crop insurance as the solution. It is instructive to consider lessons from the 2012 drought.

By Emilio Godoy
It has been many years since Mexico, the birthplace of maize, has been self-sufficient in this staple food that plays a central role in its cuisine and culture. But new studies indicate that it could produce enough maize to meet its needs within 10 to 15 years.

By Ignatius Banda
Gertrude Mkoloi earns a living harvesting maize on a small piece of land in rural Zimbabwe. Or at least she used to.
ADVERTISEMENT ADVERTISEMENT