The Word from the Street: City Voices 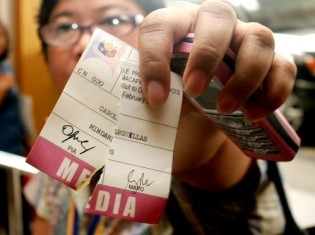 By Emilio Godoy
In his book "La Ville Radieuse" (The Radiant City), architect Charles-Édouard Jeanneret-Gris (1887-1965), known worldwide as Le Corbusier, proposed a city filled with skyscrapers, wide streets, cement and cars, but decorated with gardens. The Mexican capital seems to be following these principles.

By Fabiana Frayssinet
Women in one of the poorest neighbourhoods of this city 40 km north of Rio de Janeiro no longer have to spend money on vegetables, because they have learned to grow their own, as organic urban gardening takes off in Brazil.

By Marcela Valente
With 35 students, the first secondary school specifically for transvestites and other members of sexual minorities who face discrimination in mainstream schools opened in March in the Argentine capital.

By Estrella Gutiérrez
"It changed our lives" is a sentiment frequently heard from commuters who use Metrocable, the aerial cable car system that connects one of the poor hillside neighbourhoods in the Venezuelan capital with the city’s public transport system.

By Fabiana Frayssinet
The history, daily life and folk artistry as well as spectacular views of this southeastern Brazilian city are all part of a living museum created by community leaders in a favela that is displaying its cultural heritage as well as its wounds.

By Amantha Perera
Sri Lanka’s capital city Colombo, the vibrant economic and administrative heart of the bustling island nation, is rapidly turning into a city of slums. Home to over 30 percent of the country’s population, one in every two people living in the Greater Colombo Area is a slum dweller.

By Julio Godoy
The recent dramatic rise of youth unemployment across Europe – particularly in the Mediterranean member countries of the Eurozone most affected by the sovereign debt crisis and so-called ‘remedial’ austerity programmes – indicates that the continent is sacrificing its future on the altar of short-term budget consolidation.

By Feizal Samath
Maldivian women, long used to taking a backseat in the Muslim-dominated Indian Ocean country, say they are determined to ensure that they are not deprived of their rights under the new regime of President Mohammed Waheed Hassan.

By Giuliana Sgrena
Mursal, a beautiful 19-year-old girl who has run away from home to escape a mentally ill husband, is just one of many Afghan women and girls who are now considered criminals under the country’s laws on ‘morality.’
Next Page »
ADVERTISEMENT ADVERTISEMENT