Leonardo Padura is a Cuban writer, journalist and winner of the 2012 National Literature Award, whose novels have been translated into more than 15 languages. His most recent novel, "Herejes" (Heretics), is a reflection on individual freedom.

HAVANA, Dec 11 2013 - After three decades of supposedly planned socialism (1960-1990), when government plans were often only halfway fulfilled, lost in oblivion due to lack of oversight or of realism, or in the best of cases carried out any which way just to live up to the goals, Cubans got used to waiting (with or without hope) for the political leadership, financed with heavy Soviet subsidies, to come up with the next “plan”.

This reorganisation or new project came into our lives like a whirlwind, although it could later disappear with the speed and consistency of smoke.

The toughest years of the crisis and scarcities that followed the disappearance of the Soviet Union and its subsidies showed how unprepared the country was to make it on its own, because all that socialist planning had barely managed to provide the national economy with a structure capable of sustaining itself without foreign support. 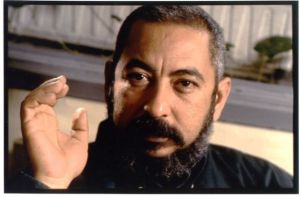 In the last six or seven years, the state-government-single party, led by General Raúl Castro after Fidel Castro withdrew from power, has tried to introduce order into the economic and social structure with more realistic planning, and endorsed it with the drafting of economic and social policy guidelines, approved as a pragmatic instrument at the 2011 Communist Party Congress.

Under cover of these guidelines, the leaders have introduced numerous and important changes in the economic and social life of the nation. But between the programme and the real, day-to-day individual lives of the people of this Caribbean island nation, there is a stressful distance caused by the uncertainty about how, when and in what order the planned “updates” will occur…

I will explain myself briefly: Cubans continue to see it as impossible, despite the planning, to create their own life projects because each time they must modify them, reformulate them, or forget about them depending on what comes down to them from the heights of political decision-making, and on the form and intensity with which the planners of the updates decide, with their lofty macroeconomic or macrosocial scrutiny, on these plans or variations that often arrive without Cubans having the chance to make their own updates and new plans.

Right now Cubans who one way or another have managed to save up some capital have very little certainty about the monetary future of the country, because the dual currencies will be unified, but there is no clear idea of how or when this will take place, how much the money will be worth, etc.

Those even more fortunate who, for example, hoped to buy a new or used car sold by the state now don’t know if they will ever see that dream come true, or how it might happen.

For some reasons that have been kept quiet, car sales are still controlled, restricted or denied by the state, even though the sale of a car in Cuba is one of the most lucrative business opportunities that any salesperson in the universe could dream of (new cars are, or were, taxed at a 100 percent rate – in other words, they cost double their market price).

But these lucky few are, as it is easy to deduct in an impoverished country, a tiny portion of the population.

Most Cubans live hand to mouth by juggling subsistence household economies that are constantly altered by inflation that has grown since the 1990s to the point that the wages earned by public employees, who account for around 80 percent of those working in Cuba, fall far short.

The cost of basic articles (food, hygiene products) and of electricity, transport and other services rises steadily, according to central planning, and ruins the plans with which hundreds of thousands of families, millions of people, barely managed to get by.

As another year is coming to a close, most Cubans know that not even the cryptic and poetic predictions that the Ifá priests (of santería, a popular religion of African roots) make every January will truly shed light on their immediate future, which each person has to plan in order to live their personal life – the only one that biology (or perhaps some god) has given them.

What will the next year be like for Cuba’s 11 million people? I don’t think even the oracle of Ifá knows for sure.
(END/COPYRIGHT/IPS)