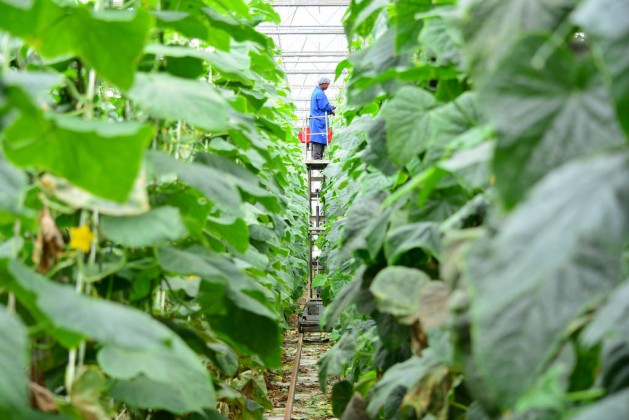 DURBAN, South Africa, Mar 22 2015 (IPS) - Agriculture is the major employer and a backbone of the economies of Southern Africa.

However, the rural areas that support an agriculture-based livelihood system for the majority of the nearly 270 million people living in the region are typically fragile and there is wide variability in the development challenges facing the countries of the region.

The agricultural sector is dominated by crop production, although the share of livestock production and other agriculture practices have been increasing.

These and other challenges facing the sector were the focus of a three-day meeting (Mar. 10-12) in Durban of management and experts from the Food and Agriculture Organization (FAO), which ended with a call to prioritise broad-based partnerships and build synergies to provide countries with effective and efficient support in the agriculture sector.

In an annual event designed to provide a platform for discussion and exchange of information on best practices and the general performance of FAO programmes in the region, David Phiri, FAO Sub-Regional Coordinator for Southern Africa, reiterated the importance of different sectors working together.

“Achieving food and nutrition security in Southern Africa is a challenge far too great for any government or FAO to overcome alone,” he said. “As well as the governments of developing and developed countries, the civil society, private sector and international development agencies must be involved. Above all, the people themselves need to be empowered to manage their own development.”

Building on what works

As one example of the best practices under the scrutiny of the meeting, participants took part in a field visit to the Dube AgriZone facility – a high-tech agricultural development initiative pioneered by the KwaZulu-Natal Provincial Government.

The facility aims to stimulate the growth of KwaZulu-Natal’s perishables sector and aims to achieve improved agricultural yields, consistent quality, year-round production and improved management of disease and pests.

The facility – strategically located 30 km north of the important coastal city of Durban – currently incorporates 16 hectares of greenhouses, making it the largest climate-controlled growing area under glass in Africa.

Its primary focus is on the production of short shelf-life vegetables and cut flowers which require immediate post-harvest airlifting and supply to both domestic and export markets.

In addition to its greenhouses, the facility offers dedicated post-harvest packing houses, a central packing and distribution centre, a nursery and the Dube AgriLab, a sophisticated plant tissue culture laboratory.

Dube AgriZone is an eco-friendly facility, adopting a range of ‘green’ initiatives to offset its environmental impact, including rainwater harvesting, use of solar energy, on-site waste management, and the growth of indigenous plants for rehabilitation efforts.

“I could never have been able put up such a facility and produce at the current scale were it not for this innovative AgriZone,” said Derrick Baird, owner of Qutom Farms, which currently produces 150,000 cucumbers in the glass greenhouse leased from Dube AgriZone.

“This high-tech facility with all the necessary facilities – including transportation and freight – has allowed us to concentrate on producing cucumbers at much lower costs than in other locations where we had previously tried.”

The partnership between the provincial government and the private sector behind the facility was hailed as an example of a success story that could offer valuable lessons to others across Southern Africa.

“There is plenty we can learn from this facility and perhaps one of the more important ones is on forming partnerships and alliances,” said Tobias Takavarasha, FAO Representative in South Africa.

“We need to build on what is working by adopting and adapting technologies to the local situation, and then scaling them upwards and outwards to achieve even better results,” he added.