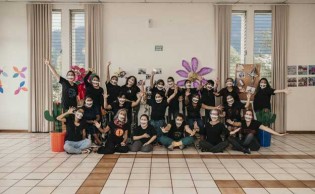 Quest for Asian Innovation & Solutions in a Networked World

By A .H. Monjurul Kabir
The UN’s 76th anniversary in 2021 arrived at a time of great upheaval and change. If the world is to transition from COVID-19 and we are to deliver on our promises to future generations - to secure a world where everyone can thrive in peace, dignity, and equality on a healthy planet – then 2022 must be the year we change both gear and discourse.

Beyond Expo: Embedding the SDGs in the DNA of Future Technology and Innovation

By Siddharth Chatterjee and Jingbo Huang

A landscape of shared global challenges The COVID-19 pandemic has moved us farther away from the Sustainable Development Goals (SDGs). Data shows that the pandemic has pushed a further 124 million people into extreme poverty. Global poverty is now expected to be at 7% by 2030 – only marginally below the level in 2015. And with the global temperature increase already at 1.2 degrees, we are on the verge of the abyss. UN Secretary-General António Guterres is deeply concerned about the impact of the pandemic on the SDGs. But there is hope. He believes in the knowledge, science, technology, and resources to turn it around. He also urges further financing for development and climate action.

By Armida Salsiah Alisjahbana
Transport ministers from across Asia and the Pacific are meeting this week to consider a potentially transformational agenda for how people and goods are moved around the region and across the globe.

By Jomo Kwame Sundaram and Anis Chowdhury
Quickly enabling greater and more affordable production of and access to COVID-19 medical needs is urgently needed in the South. Such progress will also foster much needed goodwill for international cooperation, multilateralism and sustainable development.

By Ruth Richardson
Unless food systems transformation is put at the center of climate action, commitments governments have already made, and could make at COP26, will be jeopardized.

By Raghav Gaiha and Shantanu Mathur
There is broad consensus that realizing the Sustainable Development Goals (SDGs) and the Paris Agreement on climate change require a transformative agenda for agriculture and food systems. In this context, the importance of mobilizing more investments and aligning them to sustainable development and inclusive rural transformation objectives, is widely acknowledged.

By Jomo Kwame Sundaram
As finance ministers and central bank governors gather next week for the IMF-World Bank annual meetings in the US capital, the first shots of a new putsch against multilateralism have been fired. The target: Kristalina Georgieva, Fund Managing Director (MD) since 2019.
Next Page »
ADVERTISEMENT ADVERTISEMENT