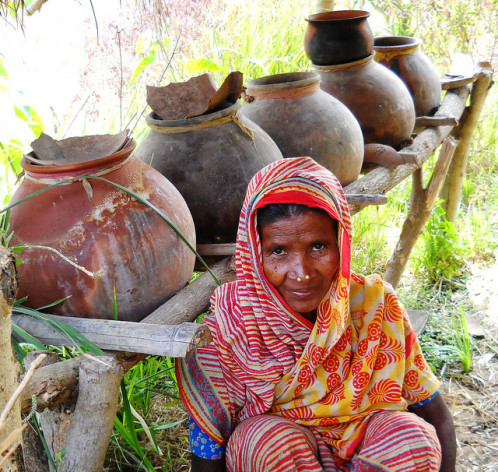 ROME, Oct 1 2013 (IPS) - Some 842 million people still suffer from chronic hunger, according to the State of Food Insecurity in the World (SOFI 2013), published Tuesday by the three Rome-based U.N. food agencies.

As high as this number seems, it should still be considered progress, since it is is down from 868 million last year.

Remittances from migrants are also playing a role in reducing poverty, according to the U.N. report.

The vast majority of hungry people live in developing regions, while 15.7 million live in developed countries. But despite the progress detected worldwide, strong inequalities in hunger reduction remain.

Sub-Saharan Africa has made only modest progress in recent years and remains the region with the highest prevalence of undernourishment, with one in four people (24.8 percent) estimated to be hungry.

No progress is observed in Western Asia, while Southern Asia and Northern Africa showed “slow progress”. More substantial reductions in both the number of hungry and prevalence of undernourishment have occurred in most countries of East Asia, Southeast Asia, and in Latin America.

The report underlines that economic growth is key for progress in hunger reduction. “But that is not enough; targeted policies and social programmes are needed to achieve the goal of eradicating hunger worldwide,” Gennari said.

Some contest this emphasis on economic growth.

“Like the idea that 600 million small producers who are food insecure simply need to increase their productivity in order to put their surplus into the market. As if the local market were functional to small-scale agriculture and to food security. It is not so.”

According to Onorati, local markets are only a reproduction of the global market, “that same market that generates crisis and even death of small farms, and which is finally a key component of food insecurity.”

“We would expect a deeper analysis of the role of local markets,” he said.

Findings of SOFI 2013 will be discussed by governments, civil society and private sector at the Oct. 7-11 meeting of the Committee on World Food Security in Rome.