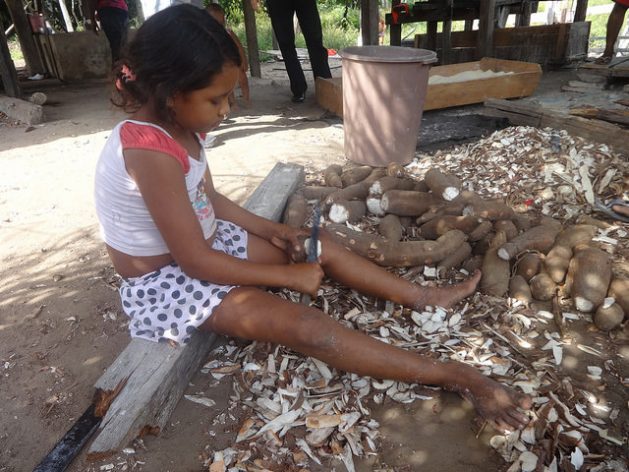 A girl helps her family peeling cassava in Acará, in the northeast of Brazil's Amazon jungle. More than five million children are chronically malnourished in Latin America, a region sliding backwards with respect to the goal of eradicating hunger and extreme poverty, while obesity, which affects seven million children, is on the rise. Credit: Fabiana Frayssinet/IPS

“It’s very distressing because we’re not making progress. We’re not doing well, we’re going in reverse. You can accept this in a year of great drought or a crisis somewhere, but when it’s happened three years in a row, that’s a trend,” reflected Julio Berdegué, FAO’s highest authority in Latin America and the Caribbean.

The regional representative of the Food and Agriculture Organisation (FAO) of the United Nations said it is cause for concern that it is not Central America, the poorest subregion, that is failing in its efforts, but the South American countries that have stagnated.

“They are children who already have scars in their lives. Children whose lives have already been marked, even though countries, governments, civil society, NGOs, churches, and communities are working against this. The development potential of a child whose first months and years of life are marked by malnutrition is already radically limited for his entire life,” he said.

What can the region do to move forward again? In line with this year’s theme of World Food Day, celebrated Oct. 16, “Our actions are our future. A zero hunger world by 2030 is possible”, Berdegué underlined the responsibility of governments and society as a whole.

Governments, he said, must “call us all together, facilitate, support, promote job creation and income generation, especially for people from the weakest socioeconomic strata.”

In addition, he stressed that policies for social protection, peace and the absence of conflict and addressing climate change are also required.

In the small town of Los Muermos, near Puerto Montt, 1,100 kilometers south of Santiago, nine women and two male algae collectors are working to create new foods, with the aim of helping to curb both under- and over-nutrition, in Chile and in neighboring countries. Their star product is jam made with cochayuyo (Durvillaea antarctica), a large bull kelp species that is the dominant seaweed in southern Chile.

“I grew up on the water. I’ve been working along the sea for more than 30 years, as a shore gatherer,” said Ximena Cárcamo, 48, president of the Flor del Mar fishing cooperative. 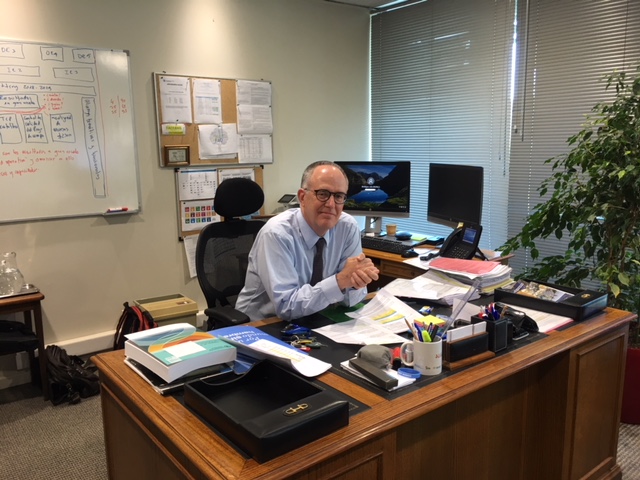 Julio Berdegué, FAO regional representative for Latin America and the Caribbean, in his office at the agency’s headquarters in Santiago, Chile, during an interview with IPS to discuss the setback with regard to reaching the zero hunger target in the region. Credit: Orlando Milesi/IPS

The seaweed gatherer told IPS from Los Muermos about the great potential of cochayuyo and other algae “that boost health and nutrition because they have many benefits for people,” in a region with high levels of poverty and social vulnerability, which translate into under-nutrition.

“We are adding value to products that we have in our locality. We want people to consume them and that’s why we made jam because children don’t eat seaweed and in Chile we have so many things that people don’t consume and that could help improve their diet,” she explained.

In the first stage, the women, with the support of the Aquaculture and Fishing Centre for Applied Research, identified which seaweed have a high nutritional value, are rich in minerals, proteins, fiber and vitamins, and have low levels of sugar.

The seaweed gatherers created a recipe book, “cooking with seaweed from the sea garden”, including sweet and salty recipes such as cochayuyo ice cream, rice pudding and luche and reineta ceviche with sea chicory.

Now the project aims to create high value-added food such as energy bars.

“We want to reach schools, where seaweed is not consumed. That’s why we want to mix them with dried fruit from our sector,” said Cárcamo, insisting that a healthy and varied diet introduced since childhood is the way to combat malnutrition, as well as the “appalling” levels of overweight and obesity that affects Chile, as well as the rest of Latin America.

The paradox of obesity

“Nearly 60 percent of the region’s population is overweight. There are 250 million candidates for diabetes, colon cancer or stroke,” he said.

He explained that “there are 105 million obese people, who are key candidates for these diseases. More than seven million children are obese with problems of self-esteem and problems of emotional and physical development. They are children who are candidates to die young,” he said.

According to Berdegué, this problem “is growing wildly…there are four million more obese people in the region each year.” 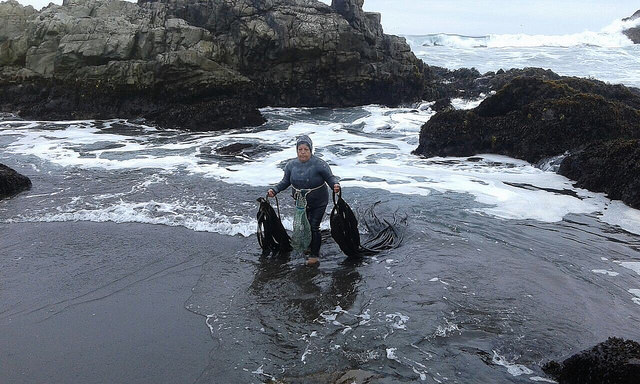 A seaweed gatherer carries cochayuyo harvested from rocks along Chile’s Pacific coast. The cultivation and commercialisation of cochayuyo and other kinds of seaweed is being promoted in different coastal areas of the country, to provide new foods to improve nutrition in the country. Credit: Orlando Milesi/IPS

The latest statistic for 2016 reported 105 million obese people in Latin America and the Caribbean, up from 88 million only four years earlier.

In view of this situation, the FAO regional representative stressed the need for a profound transformation of the food system.

Berdegué harshly criticised “advertising, which tells us every day that good eating is to go sit in a fast food restaurant and eat 2,000 calories of junk as if that were entirely normal.”

Change of policies as well as habits

“You have to change habits, yes, but you have to change policies as well. There are countries, such as the small Caribbean island nations, that depend fundamentally on imported food. And the vast majority of these foods are ultra-processed, many of which are food only in name because they’re actually just chemicals, fats and junk,” he said.

He insisted that “we lack production of fruits, vegetables and dairy products in many countries or trade policies that encourage imports of these foods and not so much junk food.”

And to move toward the goal of zero hunger in just 12 years, Berdegué also called for generating jobs and improving incomes, because that “is the best policy against hunger.”

The second of the 17 Sustainable Development Goals (SDGs), which make up the 2030 Development Agenda, is achieving zero hunger through eight specific targets.

He also called for countries to strengthen policies to protect people living in poverty and extreme poverty.

According to the latest figures from the Economic Commission for Latin America and the Caribbean (ECLAC), poverty in the region grew between 2014 and 2017, when it affected 186 million people, 30.7 percent of the population. Extreme poverty affects 10 percent of the total: 61 million people.

“FAO urges countries to rethink social protection policies, particularly for children. We cannot allow ourselves to slow down in eradicating malnutrition and hunger among children,” Berdegué said.

He also advocated for the need for peace and the cessation of conflicts because “we have all the evidence in the world that when you lose peace, hunger soars. It is automatic. The great hunger hotspots and problems in the world today are in places where we are faced with conflict situations.”

“We have countries in the region where there is upheaval and governments have to know that this social and political turmoil causes hunger,” he concluded.