By Jeffrey Moyo
Seventeen-year-old Natalie Mlambo* has two good reasons to get tested for HIV. She has two boyfriends and has unprotected sex with them. One is a high school classmate. The other is older, works in a bank, and can afford to give Mlambo small gifts and some money.

By Taylor Toeka Kakala
"Many hospitals and health centres" that are not run by NGOs "do not meet health standards," according to Dominique Baabo, provincial medical inspector for North Kivu province in eastern Democratic Republic of Congo.

By Issa Sikiti da Silva
A 25-year-old mother of five hailing from Senegal’s eastern Tambacounda province believes that contraceptives damage the womb and cause health problems in the long term, such as a rise in blood pressure and chronic headaches.
« Previous Page — Next Page » 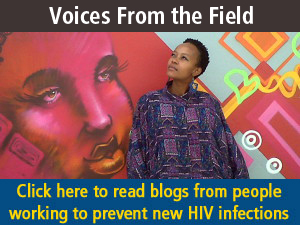