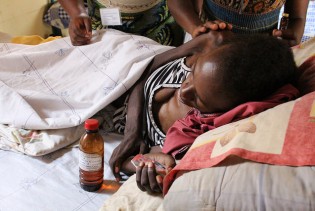 Distribution of Cancer Cases in Jordan

By K. S. Harikrishnan
Balakrishnan, a labourer from Kochi in the southern Indian state of Kerala, was suffering from oral cancer. He was admitted to the Regional Cancer Centre (RCC) in Thiruvananthapuram. After the first course of radiation therapy, the 60-year-old could not eat or drink because of severe pain and infection in the mouth.

By Ivet González
The meagre budgets of Cuban families are put to the test when one of the members is diagnosed with cancer. Although treatment is free of cost, only extended networks of support help alleviate the economic impact of the disease, which is now the number one cause of death.

By Thalif Deen
When the United Nations commemorates the International Day Against Nuclear Tests later this week, the lingering question in the minds of most anti-nuclear activists is whether or not the existing moratorium on testing will continue to be honoured - or occasionally violated with impunity.

By Isolda Agazzi
A tsunami is looming on the horizon and the world is unprepared for it. This one won’t be a massive wall of water but a tidal wave of disease – and experts say the international community needs to act fast to keep it from crashing.

By Mauro Teodori
Mujeeb Rahuman (39), a mason in the Venjaramoodu village in Thiruvananthapuram, the southernmost district in India’s coastal Kerala state, has been a chain smoker for the past twenty years.
ADVERTISEMENT ADVERTISEMENT