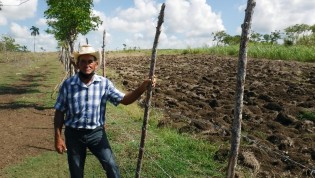 Opinion: What Will It Take to Bring a Second Green Revolution to India?

By Bijay Singh
Long-term agricultural growth in India is slowing down. The lands that saw remarkable increases in productivity in the 1970s and 80s, thanks to the technology rolled out as part of the first “Green Revolution”, are not yielding the same results today.

By Ivet González
Cabbage, broccoli, carrots, onions and other resistant vegetables are being grown by researchers in Cuba, who for decades have been working to design plants adapted to the tropical conditions in the Caribbean region.
ADVERTISEMENT ADVERTISEMENT