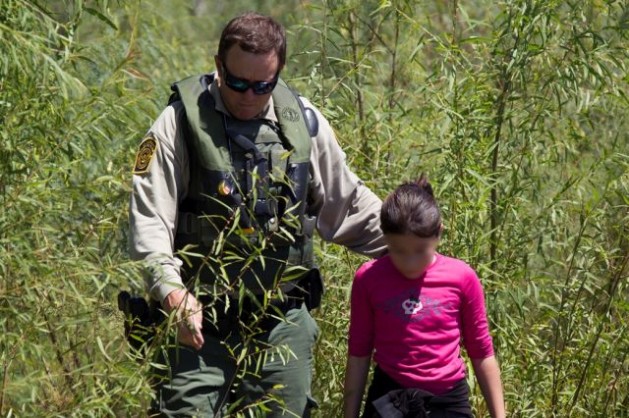 A migrant child is escorted by a U.S. immigration enforcement agent. Credit: cc by 2.0

SAN FRANCISCO, Jul 9 2014 (IPS) - In recent months, an unprecedented surge of refugee women and children has been traveling alone to the United States to seek protection at our southern border.

The vast majority are fleeing their homes in the Central American countries of Honduras, El Salvador and Guatemala, and risking their lives as they make long and incredibly dangerous journeys to seek refuge on our soil.

The Women’s Refugee Commission has been closely monitoring this population since 2011. Through our research, we concluded over two years ago that without major changes in U.S. aid or foreign policy to the Central America region, the United States would continue to receive more vulnerable migrants due to the humanitarian crisis developing in the region. 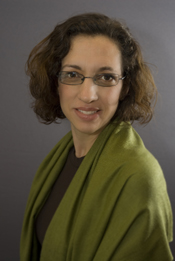 Organised crime, forced gang recruitment, violence against women, and weak economic and social systems are all contributing to the pervasive insecurity in these countries.

The flow of refugees fleeing from Honduras, El Salvador and Guatemala has not only continued, but has increased dramatically and rapidly as violence in the region has escalated.

And refugees are not only coming to the United States. The United Nations has found that asylum requests in the the neighbouring countries of Mexico, Panama, Nicaragua, Costa Rica and Belize have skyrocketed by 712 percent since 2009.

While some children may be seeking to reunite with their parents or family in the United States, the motivating factor forcing them from their homes is violence and persecution. The children we spoke with told us they feared they would die if they stayed in their home country, and although they might die during the journey, at least they would have a chance.

Particularly concerning about the recent surge is that the children making the perilous migration journey are now younger than in years past. It has become common for children as young as four to 10 years old to be picked up and arrested by the U.S. Border Patrol.

Additionally, a higher percentage of the children are girls, many of whom arrive pregnant as a result of sexual violence. The United Nations High Commissioner for Refugees (UNHCR) recently conducted research with this population and found that 58 percent of the children interviewed raised international protection concerns.

Children also come to the United States with their parents. Since 2012, the number of families arriving at the southern border of the United States has increased significantly. The vast majority of these families are made up of women with very young children and are fleeing the same violence and insecurity driving the refugee children.

Our country has a long and dedicated commitment to human rights, due process and the assurance that individuals who arrive at our borders seeking safety are not turned away without addressing their claims.

Under international and domestic law, we have an obligation to properly screen and provide protection for unaccompanied minors, trafficking victims and asylum seekers who arrive at our borders.

In recent months, however, the government has been unprepared and overwhelmed by the numbers of children and families in need. Rather than addressing the issue in a manner that is in line with our American ideals and recognising it as a regional refugee situation, the Obama administration is looking for a quick fix and compromising our values and the lives of women and children in the process by responding as though it were an immigration issue.

We are deeply concerned by the government’s recent announcement that it will drastically expand detention of families and will expedite the processing of asylum cases.

Harsh detention and deportation policies endanger the well-being of children and families, present a risk that individuals with legitimate claims to asylum and other forms of protection will be summarily returned to countries where their lives are seriously threatened, and do not work as a deterrent against future migration.

Additionally, the administration has proposed to roll back laws that are in place to protect children, in order to quickly and with no due process, deport kids back to the dangers they escaped.

This humanitarian refugee crisis is a complex human tragedy and needs both short-term and long-term attention. It requires a holistic approach that prioritises additional resources for addressing the root causes of this crisis, strengthening protection in the region, and reinforcing our protection and adjudication of claims, not blocking access to protection and sending women and children back to the dangerous situations they are fleeing without adequate due process.

The United States must not compromise its long-standing commitment to humanitarian principles in the hope of finding a quick solution.

Michelle Brané is director of the Migrant Rights & Justice Programme at the Women’s Refugee Commission. This article was originally published by New America Media – a network of ethnic news organisations in the U.S., and is reproduced here by arrangement with them.