By Zofeen Ebrahim
The centre table in the lounge is made of pine used for making crates. What's better, it's certified by the Forest Stewardship Council that promotes responsible management of the world's forests. The glass candle stand on that table and the vases around the room are made of recycled glass; the sofa filling is washed grain stack. The French window looking out on to the patio is well insulated yet allows a great deal of daylight in. It's a happy place to lounge around.

By Thalif Deen
Amidst a growing water crisis in the predominantly arid Middle East and North Africa (MENA), some of the world's most influential water experts will meet Jan. 15-17 at the International Water Summit (IWS) in Abu Dhabi, United Arab Emirates (UAE) to look for sustainable solutions.
Next Page »

Energy and Water are pillars of the future that seem to get ever shakier just as the world needs them to be ever stronger. Leaders and more than 30,000 participants from 150 countries will explore ways to find renewable support for both through the Abu Dhabi Sustainability Week January 13-17. The World Future Energy Summit, the International Water Summit and the Abu Dhabi International Renewable Energy Conference will together seek sustainable solutions, initiate and encourage dialogue between industry, science, governments and civil society, tackle water challenges particularly in arid regions, promote investment and speed up global adoption of renewable energy. IPS daily TerraViva offers exclusive reports on key events happening within the week: World Future Energy Summit, International Water Summit and Abu Dhabi International Renewable Energy Conference, attended by world leaders from all fields. 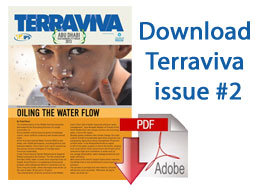 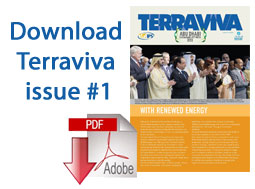