Q&A: Sustainability Now a Matter of Life and Death

BULAWAYO, Zimbabwe, Aug 8 2012 (IPS) - Humanity is living beyond its means with the growing demand for food, medicines and other nature-based products, making sustainable consumption and conservation a matter of life and death. This is according to the world’s oldest and largest global environmental network, the International Union for Conservation of Nature. 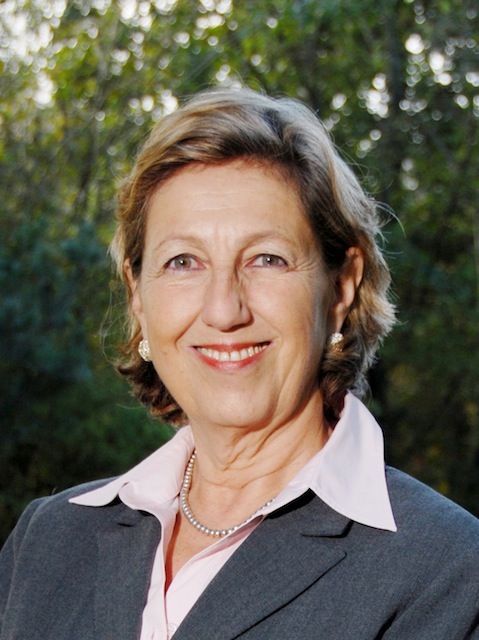 The IUCN says that despite prioritising attempts to halt the global extinction of plant and animal species, the battle is far from being won.

“We need to do more conservation – which works – and scale it up, and at the same time we need to change our production and consumption habits to make them more sustainable,” IUCN director general Julia Marton-Lefèvre told IPS from Switzerland.

On the eve of the United Nations Conference on Sustainable Development in Brazil, in June, the IUCN released its latest update of the Red List of Threatened Species.

The Red List – a global barometer of the health of global biodiversity – indicated that of 63,837 species assessed, 19,817 are threatened with extinction. Freshwater ecosystems are particularly under pressure from the growing human population and exploitation of water resources. In addition, unsustainable fishing practices and the destruction of their habitat through pollution and the building of dams threaten freshwater fish.

According to the IUCN, a quarter of the world’s inland fisheries are on the African continent and 27 percent of freshwater fish in Africa are threatened, including the tilapia (Oreochromis karongae), an important food source in Lake Malawi that has been overfished. 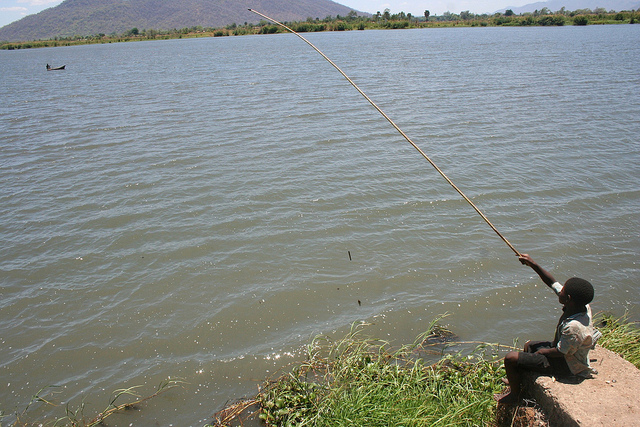 Twenty seven percent of freshwater fish in Africa are threatened, including the tilapia (Oreochromis karongae), an important food source in Lake Malawi that has been overfished. Credit: Claire Ngozo/IPS

Marton-Lefèvre told IPS reporter Busani Bafana, ahead of the IUCN’s World Congress to be held in Jeju, South Korea Sept. 6 to 15, that a sustainable future cannot be achieved without conserving biological diversity.

Q: In its 2020 Strategic Plan for biodiversity, the IUCN has drawn up a number of targets, and target 12 aims that by 2020 the extinction of known threatened species would have been prevented and their conservation status, particularly of those most in decline, improved and sustained. Are you on target with this strategic plan to halt extinction?

A:  Unfortunately, at the moment the answer is “no”. That is why we have made this target our top priority at IUCN. That is not to say that we haven’t got inspiring examples of conservation success. For example, through our SOS or Save Our Species initiative, IUCN and partners have already helped conserve close to 100 threatened species in over 30 countries. We know that conservation works, but we need significantly greater resources if we are to reverse the current extinction crisis.

Q: In the light of the latest Red List report in June 2012, which shows that a large number of species are threatened with extinction, would you say we have reached a tipping point?

A: Indeed, the latest update of the IUCN Red List paints a bleak picture: one in three corals, one in four mammals and two out of five amphibians are at risk of extinction.

Moreover, a recent ground-breaking study found that we have overshot three out of nine of the so-called “planetary boundaries” that define a “safe operating space” for humanity, including biodiversity loss.

Today we are dangerously close to reaching such “points of no return”, but it is very difficult to predict precisely when a tipping point is reached until it actually happens. For instance, the collapse of the north Atlantic cod fishery happened back in the 1970s but its impacts are felt even today.

Q: What needs to change? Our consumption habits or our conservation efforts?

A: We certainly need both. We need to do more conservation – which works – and scale it up, and at the same time we need to change our production and consumption habits to make them more sustainable.

Consumer demand for nature-based products – for food, medicine, clothing – has emerged as a major threat for many species that had not been affected by habitat loss or climate change thus far. Nature simply cannot keep up with our insatiable appetite for everything from raw materials to live animals – and we need to change that.

Q: Do you think there is now greater political will to halt the extinction of species than, say, 20 years ago?

A: Twenty years ago, at the Rio Earth Summit (United Nations Conference on Sustainable Development), world leaders signed the Convention on Biological Diversity into existence. Today it is one of the most widely ratified global treaties. It is difficult to compare the level of commitment then and now, but one thing is for sure: the political will that is required today is much greater because of the magnitude of the problem.

Q: How has the work of the IUCN and its partners made an impact?

A: For many years, the answer to the central question of the impact of global conservation action has been both anecdotal and elusive. Thanks to the efforts of IUCN, its Species Survival Commission, and our more than 1,200 members around the world, we now have solid evidence that without targeted conservation efforts, the loss of biodiversity as measured by the Red List Index would be almost 20 percent worse.

A: The biggest challenge now is getting everyone to understand what is at stake: that nature is not a luxury but the very foundation of our own wellbeing on this planet. We also need to strengthen political will to take the necessary action. As I’ve said before, the situation is quite critical, and our Congress will look at several of these challenges.