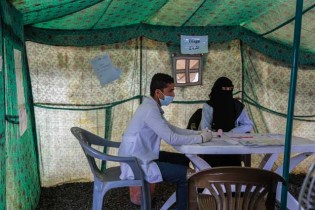 By Thalif Deen
The United Nations has come under heavy political fire for its decision to deny compensation for thousands of victims of cholera in Haiti - a deadly disease spread by U.N. peacekeepers in the troubled Caribbean nation.

By Ethan Freedman
U.S. legislators are appealing to the United Nations to take a greater role in addressing Haiti's cholera outbreak, now in its third year and which has has left thousands dead.
ADVERTISEMENT ADVERTISEMENT