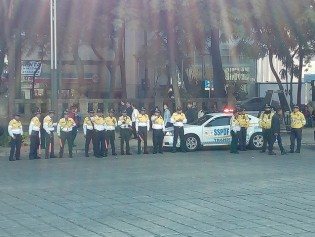 By Emilio Godoy
"Setback" and "disillusionment" were the terms used by Yolanda Morán, a mother whose son was the victim of forced disappearance, to describe the security plan outlined by Mexican president-elect Andrés Manuel López Obrador, who takes office on Dec. 1.

By Fabiana Frayssinet
The recovery of “grandchild number 114” – one of the sons and daughters of those who were “disappeared” during the Argentine dictatorship – caused a commotion that many compared to the excitement of making it to the final match of the World Cup a month ago.

By Constanza Vieira
Victims of crimes of the state want their recommendations to be taken into consideration by the peace talks between the Colombian government and the FARC guerrillas that are seeking to end half a century of armed conflict.
Next Page »
ADVERTISEMENT ADVERTISEMENT