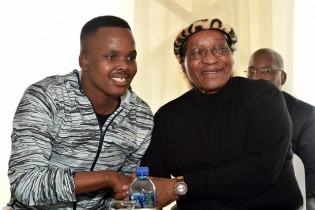 By Ashfaq Yusufzai
Mushfiq Wali, a 22-year-old shoemaker in northern Pakistan, loves watching films in the local Pashto language. But he says the Taliban are a killjoy: their bomb attacks have led to the closure of movie theatres, again. “They don’t spare anything that brings happiness.”

By Ashfaq Yusufzai
For many years they could not sing, dance or play their favourite instruments. The performing artists of Khyber Pakhtunkhwa province of northern Pakistan lost their voice as the Taliban carried out terror attacks and banned music, calling it un-Islamic. But after tentative advances in recent months, the Pakistani province is alive with the sound of music once again.

By Vesna Peric Zimonjic
The global economic crisis has not hit Serbia for the first time, but this year it has bitten into Serbian culture. State subsidies for theatres, festivals, films and exhibitions have almost hit the bottom. State support for films is down to zero.

By Anna Infantas
They belong to the Amazon of Bolivia, where their people, the Moxena nation, are found, and they are brothers. Francisco and Alfonso Ichu Tamo came to this southern city to become the premier makers of musical instruments.

By Humberto Márquez
A group of young people walk down the streets of Chicago, broad grins on their faces. They have good reason to be happy: the ovations received by their repertoire of Latin American music when they played in the Simón Bolívar Symphony Orchestra of Venezuela still echo in their ears.

By Humberto Márquez
Venezuela’s youth symphony orchestras that have enamoured audiences on several continents are a social programme aimed at fighting poverty and marginalisation, more than an artistic endeavour, says the founder of the initiative, José Antonio Abreu.

By Humberto Márquez
Venezuela’s youth orchestras have gotten used to wild applause and standing ovations in Europe. But this time the warm reception was not for the Simón Bolívar Symphony Orchestra, the most visible face of the National System of Youth and Children’s Orchestras of Venezuela (FESNOJIV), a network of youth and children’s orchestras that has put instruments and music scores in the hands of 400,000 children and young people.

By Dennis Engbarth
Environmental and community activists from Taiwan will enliven the United Nations Sustainable Development Conference, dubbed Rio+20, and the parallel People’s Summit, with one of the island’s most prominent social protest music groups, the Village Armed Youth Band.
ADVERTISEMENT ADVERTISEMENT