Success of Remedial Education in DRC 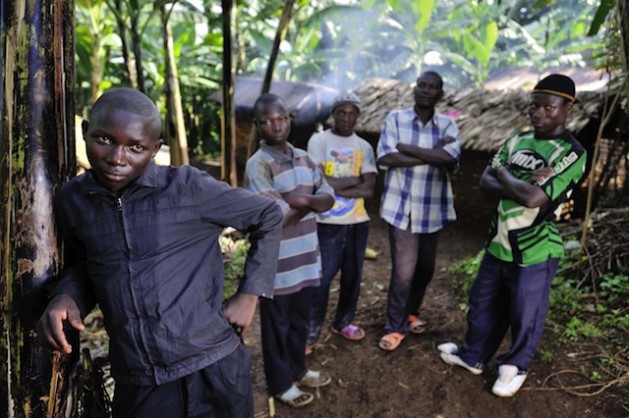 KIKWIT, DR Congo, Jun 27 2012 (IPS) - The government of the Democratic Republic of Congo is enjoying success with the remedial education centres set up to give children from underprivileged backgrounds a free education and vocational training.

Evodie Masenga is one of the 20,000 children at remedial education centres – known as CRS – who passed the final exam that marks the end of six years of primary school in DRC. The centres provide a special, accelerated programme for children between the ages of 9 and 11 who have had to leave school for one reason or another.

“CRS educators undergo about three months of training to learn the special methods applied at the centres,” said Mutshio Lumbwe, another specialist in non-formal education.

“It’s my third year here,” said 11-year-old Masenga, standing outside the Lukolela 1 CRS, one of several in the southwestern DRC city of Kikwit. “I can do math and read fluently. I’ve also gained knowledge of trades which could help me later in life.”

Widespread poverty in DRC means many households cannot afford school fees for their children. According to a 2008 United Nations Development Programme report, 70 percent of the population lives on less than one dollar a day.

Fabien Elameji Tshibanda is an unemployed commercial agent from Mbuji-Mayi, a city in the centre of the country, who often turns to farming to make ends meet.

“It’s been difficult for me to put my eight children through school,” he told IPS.

“My two children graduated from the CRS four years ago, and I didn’t have to pay a cent,” said Tshibanda. “The girl is now improving her skills as a tailor, working in a shop; the boy wants to become a carpenter.”

“The percentage of children not in school in DRC is 83.5 percent,” Robert Makonda, a specialist in non-formal education, told IPS. “There is also an increase in the number of children out of school after quitting due to failure or non-payment of school fees.”

It is one of the lowest enrolment rates in the world. According to the United Nations Children’s Fund(UNICEF), the East African country of Somalia, which has also been torn apart by decades of civil war, has an enrolment rate of 20 percent.

“The roughly 20,000 children who have just passed TENAFEP (the primary school exam) this year come from 840 CRSs around the country, compared to 12,470 children registered in the 700 centres that we had last year,” said Albert Ketho, director general for non-formal education at the Ministry for Social Affairs.

But Ketho said that material and financial assistance from partners like UNESCO, UNICEF and USAID are too limited to meet the centres’ needs.

“With 15 million dollars, we could educate 900,000 children every year. But the roughly 300,000 dollars which these partners make available is not nearly enough to support the CRS system in Congo…”

But, he added, the Congolese government itself has allocated only 125,000 dollars – less than 0.01 percent of its 2011 budget – to these educational institutions.

“These centres are simply upholding the right to education that all children should enjoy. This is in line with several international instruments for the protection of the child that have been ratified by DRC,” said Joseph Lukubu, coordinator of the Network for International Training in Human Rights for Sustainable Development in Africa, an NGO based in Kikwit.

But Arsène Ngondo, a member of Congolese civil society, wants many more CRSs to be opened in rural areas, saying “Why are there more remedial education centres in urban centres, while there are thousands of children in rural areas who don’t enjoy the same advantages?”