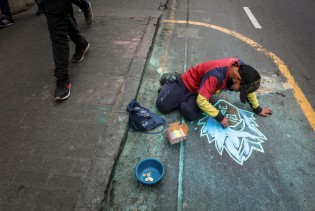 By Valentina Ieri
For many young people, the summer is synonymous with free time, relaxation, or family vacations. For less fortunate kids the summer means labour, with scores of youths taking on part-time work to support their families.

By Carey L. Biron
Just half of major global banks have in place a public policy to respect human rights, according to new research, despite this being a foundational mandate of an international convention on multinational business practice.
Next Page »
ADVERTISEMENT ADVERTISEMENT