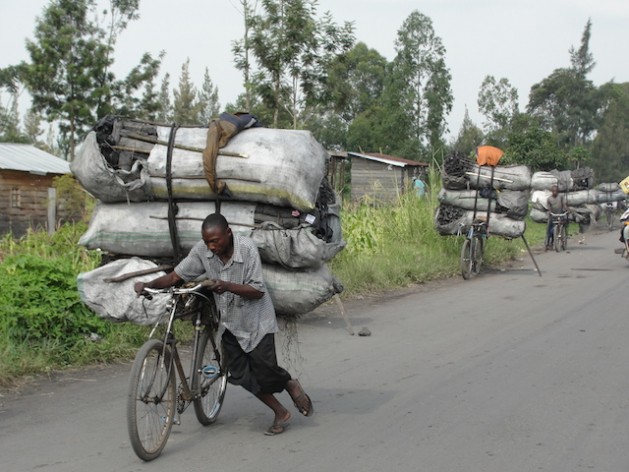 MEXICO CITY, Jun 9 2014 (IPS) - Africa’s climate change legislative frameworks, though a step in the right direction, have come under fire for not being ambitious enough to meet the challenge of a changing climate.

The Democratic Republic of Congo (DRC), an emerging global actor in Reducing Emissions from Deforestation and Forest Degradation (REDD+), has been criticised because its REDD+ projects are not supported by a legally binding framework, leaving forest communities in a legal void and vulnerable to economic exploitation.

But Jean-Claude Atningamu, a legislator in the DRC, admitted that while his country may have strategies and policies in place, a law on REDD+ is yet to be developed.

“We have just begun these processes and we are grappling with many challenges,” he told IPS.

He said that although indigenous communities were not benefiting from climate change financing, it was not because of a lack of political goodwill to do so.

“We do not have the full support from the international community who are not providing the funding necessary to help the people of the DRC meet the economic challenges that they are facing,” he said at the conclusion of the Global Legislators Organisation (GLOBE International) summit that was held in Mexico from Jun. 6 to 8.

He said that while the DRC has the second-largest forest cover in the world “we are yet to receive REDD+ financing.”

“We are expecting to receive the first 60 million dollars from REDD+. With our expansive forest cover we should be receiving at least one billion dollars in a year.

“We need to have mechanisms set up by parliament to help African countries to access REDD+ financing. Without access to this fund, we cannot implement the policies that we are discussing at this GLOBE Summit,” Atningamu added.

He pointed out that in Africa the forest was the wealth of the people, “we need it to feed our people, to get heat, to cook. You cannot tell your wife to stop using firewood and not provide an alternative source of energy.”

But a lack of access to climate financing is not the only issue of concern for the African block of legislators.

The resolutions agreed upon at the summit also raised concerns. These include an agreement to deliver robust legislation in support of sustainable development, particularly climate change, natural capital and forest/REDD as well as strengthening legislators´ capacity to effectively exercise their oversight responsibilities, especially over the executive.

Simon Asimah, chair of the African block at the summit and also GLOBE International vice-president for Africa, said that the resolutions were not comprehensive enough to meet the legislative gaps that Africa is facing.

How do developed and developing countries compare in recent policy responses to climate change?

How does your country compare in the number and types of climate laws?

The Ghanaian legislator said that “a few clauses will be added to the final resolution to ensure that the African region the position of Africa in climate security is fully represented.”

These recommendations were accepted and clauses include the suggestion that all countries in Africa should have GLOBE chapters in their respective national legislatures and establish an African regional secretariat at GLOBE International to be founded in one of the countries of Africa. There are currently only  four globe international chapters in Africa – in Ghana, Nigeria, the DRC and South Africa,

This is key for coordination purposes, as well as to enhance the sharing of best practices on climate change mitigation and adaptation across Africa, according to the legislators.

Although the summit resolutions encouraged the development of legislation on natural capital, Asimah said that the African block had pushed to have “all countries, particularly those in Africa, to legislate on effective climate change laws, and in these laws, recognise and incorporate natural capital accounting concepts in accounting for their natural resources as part of their total national capital.”

Joyce Laboso, Kenya’s deputy speaker in the national assembly, also raised concerns over changing global perspectives and the impact they were having on Africa.

Laboso told IPS that fossil fuel is increasingly being discouraged at a time when many African countries such as Kenya, Mozambique, Tanzania and Angola are discovering oil “and now we are being told that we are now moving into renewable energy that is going to be subsidised. How are we then going to achieve sustainable development if Africa cannot rely on its natural wealth?”

The Ghanaian delegation emphasised that developed nations such as the United States and emerging economies like China and Mexico were emitting the most carbon yet Africa was not expected to exploit its forests and become industrialised in the same way Brazil had.

Asimah said that Africa was also not being compensated enough or in some cases not at all for its efforts to keep people from exploiting the forests. “Africa must find a way to develop. But this is not a blame game, climate change is a global problem and it requires global solutions,” he said.

But Jacob F. Mudenda, speaker of Zimbabwe’s national assembly said: “Industrialised countries must submit themselves to climate change conventions, without which there will not be any global synergies.”

The African legislators from countries including, Nigeria, Cape Verde Islands, Sudan and Uganda, said that they were considering making significant financial demands on multinationals that were exploiting Africa’s natural wealth without impacting significantly on their GDP.

In Zimbabwe, Mudenda said that environment laws have now been anchored in the constitution as human rights “anyone who feels that they are being exploited can file a case at the constitutional courts.”

Mudenda further said that besides Zimbabwe, other countries like Botswana are learning from Norway and imposing revenue clauses on multinationals investing in their countries that they must improve the wealth of these African countries through a 51 to 49 percent benefit sharing ratio where the host takes the majority.

In spite of the concerns raised, African legislators have said that the summit was a step in the right direction, particularly as they continued to forge global partnerships on natural resources now that various global processes and goals were coming to an end, especially the United Nations Millennium Development Goals, and new ones were beginning to take shape.