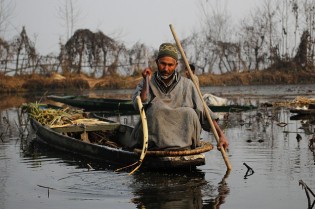 By Amantha Perera
The sea is all that 40-year-old Arul Das has mastered. From looking at the clouds or from the direction of the wind, this fisher from northern Jaffna can predict the condition of the sea fairly accurately.