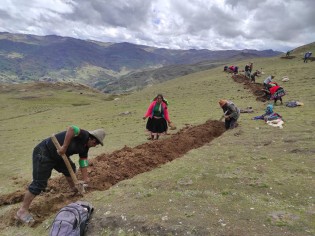 By Stephen Leahy
Drought and chronic water shortages played a significant role in sparking Syria's civil war and in unrest throughout much of the Middle East, water experts now believe.

By Manipadma Jena
When twenty-nine-year-old Kartik Wahi graduated from the Kellogg School of Management in Chicago, Illinois in 2010, he wasted no time in returning to India to self-finance a start-up company to market solar-powered irrigation pumps.
ADVERTISEMENT ADVERTISEMENT