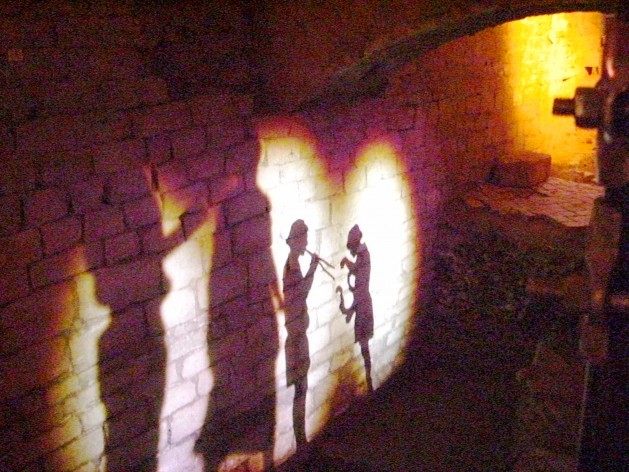 FLORENCE, Oct 4 2014 (IPS) - International experts working in the creative sector are calling for governments to recognise the integral role that culture plays in development and to ensure that culture is a part of the post-2015 United Nations development goals, to be discussed next year.

At UNESCO’s Third World Forum on Culture and Cultural Industries, which took place Oct. 2-4 in Florence, Italy, representatives from a range of countries discussed the contributions that culture can make to a “sustainable future” through stimulating employment, economic growth and innovation.

The United Nations cultural agency pointed out that the global trade in cultural goods and services has doubled over the past decade and is now valued at more than 620 billion dollars, although there is some disagreement on this figure.

But, apart from the financial aspects, culture also contributes to social inclusion and justice, according to UNESCO Director-General Irina Bokova, who inaugurated the forum at Florence’s Palazzo Vecchio.

“Countries must invest in culture with the same determination they bring to investing in energy resources, in new technologies … In a difficult economic environment, we must look for activities that reinforce social cohesion, and culture offers solutions in this regard” – UNESCO Director-General Irina Bokova

“I believe countries must invest in culture with the same determination they bring to investing in energy resources, in new technologies,” she said. “In a difficult economic environment, we must look for activities that reinforce social cohesion, and culture offers solutions in this regard.”

Bokova told IPS that the forum wanted to show that culture contributes to the “attainment” of the various development goals, which include ending extreme poverty, achieving universal primary education and gender equality, and ensuring environmental sustainability.

Many governments, however, are not investing enough in the cultural or creative sectors even when these industries have proven their worth. Some states prefer to build sports stadiums that are rarely used rather than to support the arts, said Lloyd Stanbury, a Jamaican lawyer in the music business who participated in the forum.

“In the case of Jamaica, we’ve shown that we can compete and win globally at the highest levels in culture,” he told IPS. “Reggae and Rastafari have put Jamaica on the world map and the debate is happening right now about what the government can do to invest more in culture.”

Stanbury said that arts education should have the same status as traditional curricula. “Students are sometimes told, ‘oh, you can’t do maths? Go and draw something’ but their drawings aren’t considered valuable,” he said.

In some developing countries, the arts are seen as a peripheral sector, not a “real” industry and that must change, he argued.

In addition, Stanbury said in his presentation to the forum, in many developing countries, “segments of the music and entertainment community do not enjoy harmonious relationships with government and government institutions, particularly where there is evidence of government corruption that artists speak out against in the creation and presentations of their work.”

Peter N. Ives, Mayor pro tem of the U.S. city of Santa Fe, New Mexico, detailed how the city had invested in the arts, through allocating one percent of hotel-bed taxes (or lodger taxes) for cultural activities, among other measures.

“Santa Fe now has more cultural assets per capita than any other city in the United States,” he said, adding that “inclusion” of all groups was a key element of the policy, in which “everyone brings their creative gifts to the table”.

The city has an Arts Commission, appointed by the mayor, that “recommends programmes and policies to develop and promote artistic excellence in the community” and it has followed a multi-cultural route.

The result is that Santa Fe has increasingly drawn writers and visual artists, as well as tourists, because of its growing number of museums, performances and outdoor sculptures – also one of the reasons behind its designation as a UNESCO Creative City.

Such “success stories” may seem far-fetched for many poor or middle-income countries, faced with a variety of crises including conflict. But experts at the conference described grassroots schemes where intra-community violence, for instance, decreased when community members were actively encouraged to produce art about their lives.

Other representatives examined how creating film and literary festivals had contributed to a sense of national pride and cohesion. In the Caribbean and in parts of Africa and Asia, for example, the growth of festivals and cultural prizes has given a general boost to the arts in some countries, reflecting what wealthy countries have known for some time.

The forum, jointly organized by UNESCO, the Italian government, the Tuscany region and the Municipality of Florence, also examined how culture can be preserved in war-affected regions, with a focus on recent UNESCO cultural heritage preservation projects (funded by Italy) in Afghanistan, Mali and other states.

Denmark and Belgium, meanwhile, provided a look at how overseas development aid to cultural activities can promote employment, training and youth involvement in society, especially within a human rights context.

“We’re living in a very hostile environment for development cooperation and also for culture and development, but I’m launching an appeal for more cooperation in this area,” said Frédéric Jacquemin, director of Africalia, a Belgian organisation that sees culture as “a motor for sustainable human development”.

Participants in the forum produced a ‘Florence Declaration’ calling for the “full integration of culture into sustainable development policies and strategies at the international, regional and local levels.”

The Declaration said that this should be based on standards that “recognise fundamental principles of human rights, freedom of expression, cultural diversity, gender equality, environmental sustainability, and openness and balance to other cultures and expressions of the world.”